10 Things You Didn’t Know About NWA

Yes, this is our third Straight Outta Compton related post in just under a month, but, to be honest, we can’t get enough of the film right now

With N.W.A fever sweeping across the world, teenagers who previously knew nothing about the band have overnight shown their allegiance by posting hilarious S.O.C themed meme’s all over social media: far out examples include,  the Jesus led, Straight Outta Heaven, to the pet inspired, Straight Outta The Litter Box.

But for all the new found respect the group are getting, criticism has started to emerge about the film’s lack of coverage in certain areas- many are claiming it’s glossed over crucial facts in attempts to come off as celebratory. Some have argued that the attention given to Dre and Cube, has come at the neglect of frontman Eazy E, and fellow band member MC Ren.

Others have said it omits stuff like  Dre’s violent attack on Rap Journalist, Dee Barnes, and his personal and professional relationship with RnB singer, Michel’le.

In the interest of giving you all the facts, we’ve compiled a list of lesser known truths about the group which are certain to entertain, shock and surprise. Die-hard fans/ newbies: here are the The Top 10 things you didn’t know about N.W.A:

2) Straight Outta Compton was one of the first albums to receive the ” These Songs Contain Explicit Lyrics: Parental Guidance Suggested” label

3.) Ice Cube was set to become an architect…. before going on to “build” a rap career

4.) They had mostly white fans 5.) Eazy- E got invited to lunch at White House with President George W Bush- and turned up!

7.)  No one went to Eazy’s funeral except Yella

8.) Eazy had 7 children to 6 different women 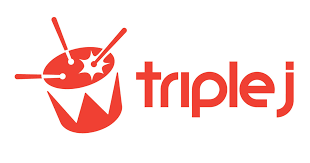 Widget not in any sidebars

Widget not in any sidebars
The following two tabs change content below.